Pop Digest - Equality Often Ends with the Birth of the First Child
Pop Digest - Socio-economic Resources of One Partner are Related to Health Status of the Other Partner
Pop Digest - How Does Commitment Work in Living-Apart-Together Partnerships?
Pop Digest - Retirement in Germany: Life, love and bridge employment
News - Does the Internet Affect Assortative Mating? Evidence from the U.S. and Germany
Policy Insights - More than a Village
News

Catching up with the new normal

In 2016, thousands of couples across Europe will decide to move in together—without getting married first. It makes sense. Sharing expenses cuts costs in an economy characterized by slug­gish wage growth, and living together simply saves time. Plus, cohabitation connotes a certain level of commit­ment without the legal—and social—obligations that come with marriage. You might call it a baby step. Whatever the case, they won’t be alone. By 2010, nearly 40% of French couples between the ages 25 and 44 had chosen the cohabitation route, registered or un­registered. In Sweden, the figure was just over 50%—a far cry from the near universality of marriage in the 1950s and ‘60s. Childbearing within cohabitation has also become more frequent, with 25 to 30% of all children between 1995 and 2004 being born to cohabiting parents in the UK and the Netherlands. Clearly, cohabitation is not some youthful workaround to traditional rites, but an ever more institutionalised av­enue for forming families. 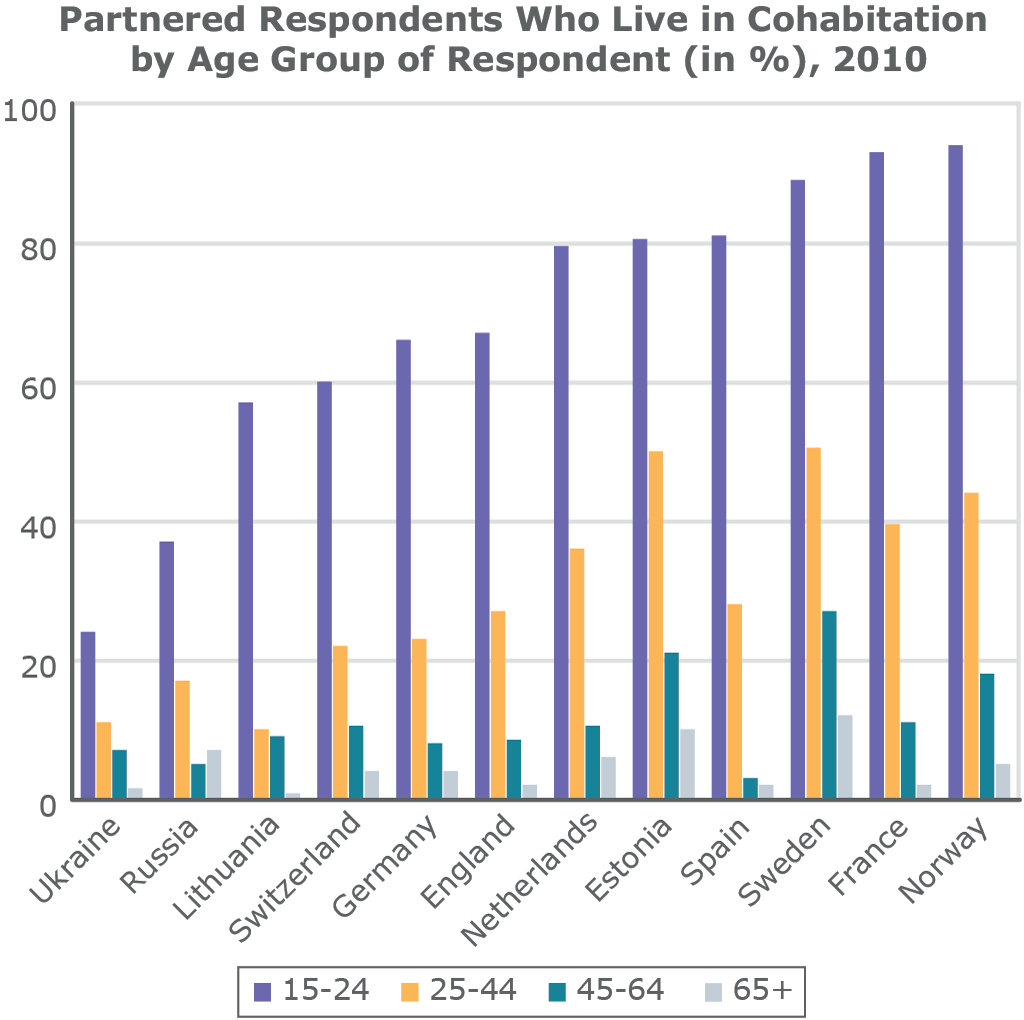 The trend has given rise to serious policy questions and a plethora of responses. Fam­ily law might seem contained enough, but one glance under the hood shows how in­tegrally this policy area is bound up in oth­ers—property, inheritance, taxes, social se­curity, leave, custody, and separation come to mind. Making room for cohabitation will ripple through much of a country’s welfare policy sphere, which has historically been based on marriage. But cohabitation’s ex­pansion has motivated policymakers across Europe to have a go.

Results of reforms have varied. In the Netherlands, registered partnerships give couples the same rights in terms of ali­mony and joint assets, to inheritance and widow(er)’s pensions, and to jointly declare income tax. The French PACS (pacte civil de solidarité) is a contract that allows couples to define their property relations and that gives them a number of social and fiscal rights, but these rights are not always as extensive as those for married spouses. In Sweden, an early mover here, no registra­tion is necessary. Cohabiting couples auto­matically benefit from certain protections in case of separation or death, provided that both partners are unmarried, but coverage is not as comprehensive as in the Nether­lands or France. Meanwhile, Spain has left its regions to regulate areas like joint assets and social security for cohabitants. Lithuania hardly makes any provisions at all.

The supply of protections does not neces­sarily line up with demand. Ukraine offers quite thorough coverage for cohabiting couples despite low levels of cohabitation. Take-up of the Neth­erlands’ generous protections for re­gistered partnerships has also been modest. Estonia on the other hand has one of the highest levels of co­habitation in Europe, but has moved slowly to provide rights to cohabiting partners in the case of death, separ­ation or unemployment.

Clearly, legislating for cohabitation is tricky business—if it weren’t, cov­erage would simply line up with de­mand. But legal traditions vary and family policies, strongly related to cultural values, are readily politicised. One way around this is to focus on the wellbeing of the children of cohabiting parents, at least to start. In this way, policymakers can steer clear of prickly questions while simultan­eously benefitting from existing research. It would also facilitate the mobility of co­habiting EU couples, who in principle have the right to cross borders to make a living. Establishing thorough cohabitation regimes will be difficult. Governments should still try to keep up. Focusing only on children is not a long term solution, but it’s a start. You might call it a baby step.

Reference: Nora Sánchez Gassen and Brienna Perelli-Harris: The in­crease in cohabitation and the role of union status in family policies: A comparison of 12 European countries. Journal of European Social Policy, Vol. 25 (4), 431-449, 2015.